The ‘valley of death’ is the place where good ideas go to die in the world of science innovation. The term hints at the often insurmountable financial, logistical and regulatory chasm required to bring a potential new product or idea to market. Unfortunately, not many negotiate it successfully.

In the world of cancer medicine, there are multiple valleys of death, says to Dr Warwick Tong, CEO of the Cancer Therapeutics CRC (Ctx-CRC).

The original valley of death in science innovation encapsulated the idea that “you can have great basic science. But to have something in your hands to translate and take forward, that was a difficult place to get money,” Tong says.

In the biomedical arena, the move from basic science to translatable concept is now considered only one of three valleys of death. The second is having enough money to take a new therapy to clinical trials, which can run into millions; while the third is having enough money to file and maintain patents — also expensive. However, Tong believes the Cooperative Research Centre model addresses at least one of those challenges.

The Cancer Therapeutics CRC operates like a semi-virtual biotech company. Though its researchers are based at universities and institutions around the country, they work solely for the CRC —collaborating and communicating by means of an e-research platform, which enables real-time sharing of data. The platform also helps to ensure everything is documented and there’s no loss of data— both important factors in patent applications.

Tong also argues that CRC ownership of patents is particularly important in the commercialisation process, at least when it comes to science innovation. “Our model means it doesn’t matter where the inventors of our patents sit, the patent is assigned to us in the CRC, so we own it,” he says. “One of the things the pharmaceutical industry often struggles with is having to reach back into academic institutions for intellectual property, so they have to be sure we have the right contracts in place for what we own.”

While central control of intellectual property by the Commonwealth benefits commercialisation in the science innovation space — and was part of the base agreement in earlier CRCs — it has not been an ideal setup for all CRCs with commercial partners.

A product to come out of the recent Invasive Animals CRC was a new bait for controlling feral pigs, which has just begun field trials in the USA. Feral pigs are a growing scourge not only there, but also across Europe and Australia. The bait started life as ‘PIGOUT’, a 1080-toxin-laced product, before evolving into ‘HOG-GONE’, a highly specific bait for pigs containing a common food preservative — sodium nitrite. This chemical kills them quickly and humanely, but targets pigs specifically and poses almost no chance of collateral damage to other species.

At the time the Invasive Animals CRC was set up, the standard model for CRCs dictated intellectual property be retained by the CRC, regardless of who contributed to that IP.

Professor Linton Staples, managing director of Animal Control Technologies — one of the commercial partners in the Invasive Animal CRC — says that model was not ideal for participating companies because it didn’t adequately recognise partner inputs. To overcome an ‘uncommercial’ approach, his company ensured that the projects for which his company made a substantial cash or in-kind contribution were exclusively licensed back to the company to then commercialise.

“It had a capital value implication for us,” says Staples, who is also an adjunct professor of animal science at The University of Queensland.

Regulatory requirements have been another challenge to making this space commercialised. Registering a new animal toxin and products for use in animal control is an onerous task.

“The process to do the trials to the very high standards of the US Department of Agriculture has meant that everything has to be documented to the last decimal dot,” Staples says. “The data on product efficacy and safety has to be bulletproof for regulatory review.”

The path to commercialisation of HOG-GONE has been far from smooth — at one point the baits were bursting apart, as the toxin reacted with their ingredients. Staples says his company has had to foot a significant amount of the development bill.

“This particular project is now running into millions of dollars, just because of all these technical difficulties we had to solve.” But with support from an AusIndustry Accelerated Commercialisation grant, Staples is hopeful they will soon have their new product on the market.

One of the biggest traps for aspiring science innovation is finding their niche. That’s an issue that the Data to Decisions CRC isn’t leaving up to chance: they’re going directly to the source, and working with potential clients — namely agencies in the areas of national security and law enforcement — to develop products tailored to their needs.

“Our approach is to build software prototypes that we roll out for the end users to trial,” says the CRC’s commercialisation manager Duane Rivett. “We then use trial feedback to determine which features are put on the product roadmap.” The CRC’s in-house development teams include experienced commercial software architects, software engineers and data scientists, who work closely with the end users on every aspect of a product’s development.

The Data to Decisions CRC has launched two spin-off companies, both wholly owned subsidiaries of the CRC, with boards featuring members of the CRC’s own directors.

“We’re currently looking at expanding the governance of our start-ups to include external advisors and directors, to bring in different viewpoints,” Rivett says.

While the model for CRCs has changed considerably since the program began back in 1991, Rivett believes this approach greatly helps to bridge the valley of death problem in science innovation.

“In our experience, we can build commercial-grade software in-house and leverage our research from our university streams to deliver cutting-edge solutions,” he says. 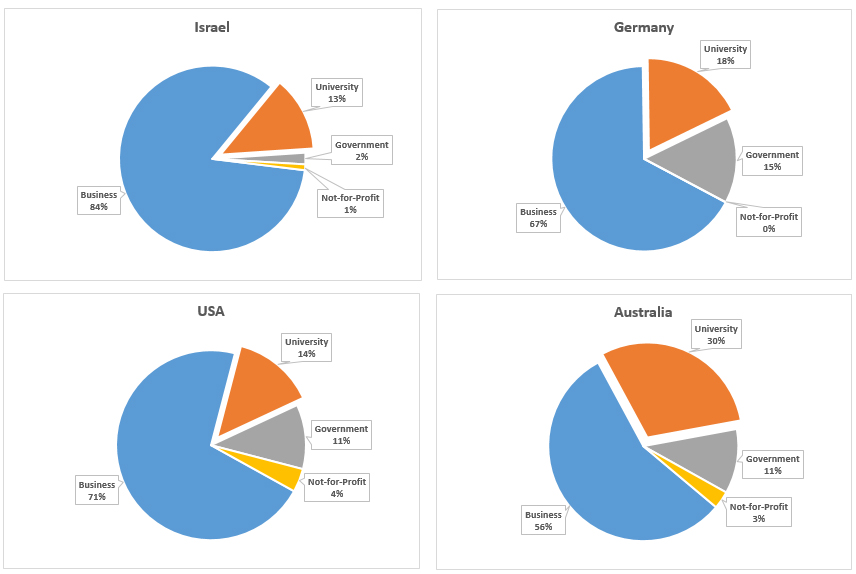