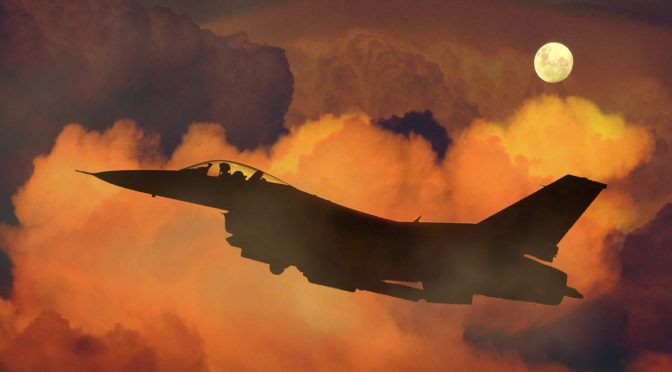 As the Chief Defence Scientist, my job is to ensure the best science and technology is applied to deliver solutions for Australia’s defence and national security. Since the White Paper was released in 2016, Defence has embarked on a huge $195 billion technology refresh program to build game-changing capabilities based on partnerships through research and innovation, working with Australia’s best and brightest.

The 2016 Defence White Paper created a clear pathway for collaboration by establishing a new unified innovation system with an investment of $1.9 billion over 10 years.

To focus our efforts, we picked nine ‘winner’ domains where investment in science and technology could lead to game-changing defence industry capabilities. These range from space and cyber to autonomous systems and quantum technologies.

We also settled on seven program elements, with different forms of interaction and collaboration. Defence CRCs are one part of the program that’s made considerable progress.

The first Defence CRC, on Trusted Autonomous Systems, follows a mission-driven approach ensuring the outcome will be delivered by industry utilising academic and public-funded research agencies as research providers.

Defence is investing $50 million over seven years in the CRC to develop trusted smart machine technologies for ADF capabilities in the land, aerospace and maritime domains. The Defence CRC has been registered with initial participating members BAE Systems Australia, RMIT University, DefendTex and DST.

The first three research projects will be led by BAE Systems, Thales and Lockheed Martin. Other companies and universities will join as the CRC develops more projects. The Queensland State government is providing $50 million in cash and in-kind support.

The Next Generation Technologies Fund is continually generating new opportunities under its various programs, including the call for proposals for the Small Business Innovation Research for Defence, which is imminent.

In the defence industry we are keen to harness the collective expertise of the country’s innovation sector and there has never been a better time for research partnerships than now, to realise the future capabilities of the ADF. 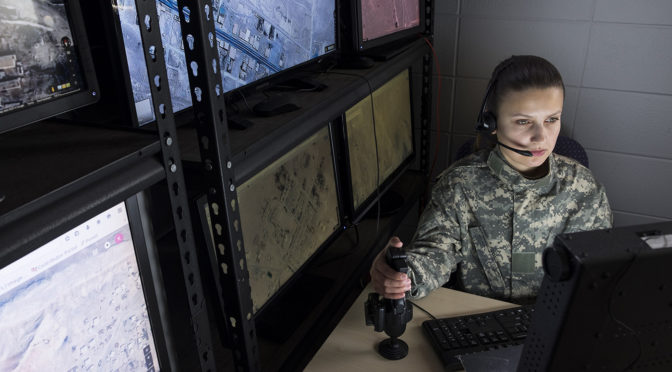 Senator the Hon. Marise Payne, Minister of Defence implored Australians to ‘let loose their inner geek’ at the inaugural STEM in Defence, co-presented by the Australian Defence Magazine and Informa, held in Canberra on 30th of November.

“It’s not possible to overstate the level of challenge we are faced with,” the Senator said when talking about the critical need to rapidly drive a STEM-skilled workforce, a concept echoed across the day by representatives from the Department of Defence, Defence Science Technology group (DST) and industry partners including Boeing, BAE Systems and Navantia Australia.

“We are changing the shape of our workforce and our recruitment messages needs to reflect that,” she continued, advising a broad, cross-agency approach to avoid inter-departmental ‘cannibalization’ of talent.

Matt Ramage, Assistant Secretary, Defence Industry, Department of Defence also recognised that a Defence STEM strategy is a national endeavor rather than a Defence endeavor. The Department of Defence, he believes, will play a critical role but will need to work with other parts of industry to raise the broader level of STEM skills in all Australians.

“With the continuous shipbuilding program in South Australia, specific skills will be required,” Mr Ramage said. “And more advertising and promoting of the Defence Industry as a career path for young Australians is needed.”

The common perception remains that a career in Defence involves front-line combat and uniforms. However the sophistication and breadth of skills required over the next 40 years is staggering. The DST has $1.6 billion allocated to innovation initiatives over the next ten years, including $730 million for the Next Generation Technology Fund.

The Defence STEM strategy will reference five domains. The domains of land, sea and air have been included since World War One. Newly added are cyber and space.

“Scientists will be just as important as our front line soldiers and their ability to cut code quickly will be critical,” said Army Drones Programs Brigadier, Chris Mills, Director General Modernisation – Army. Unmanned aerial systems including drones that use swarm mentality will shape the future of Defence. Soldiers at all levels will need to understand and engage comfortably with these technologies.

The future Defence workforce is not confined to the Defence Force. The Defence Industry includes thousands of businesses, men and women across the country who aren’t in the Defence Force but they use their skills to supply and support it. It’s equally important to companies in the Defence industry that Australia builds its STEM capacity.

Shelley Willsmore from BAE Systems explained that 60% of their workforce is STEM related but 35% of their workers are already aged over 50 years.

“Looking at the growth that’s about to hit us, we see the challenges” she said. With the increase in shipbuilding, BAE Systems plans to recruit 2000 STEM graduates by 2018 and they need to look at new avenues to attract people at all levels of their careers.

The challenge is to communicate the full breadth of high tech jobs in the Defence force, added Pauline Richards, Director – Human Resources at Navantia Australia. “Australia will be at the forefront of the shipbuilding industry. We need to sell our industry as an industry where you can gain more than you ever thought possible.”

READ MORE
How AI transforms work as we know it. 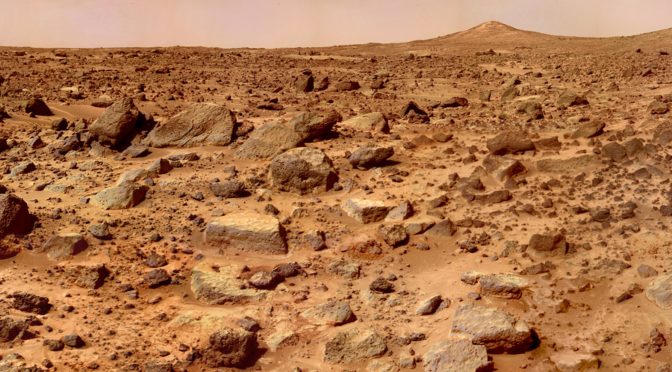 Featured image above: Could this be your new home? We take a look at the best 5 ways to get to Mars if living on another world is an idea that entices you.

Looking for an escape from planet Earth? We look at the quickest and most likely 5 ways to get to Mars and start your new adventure.

Serial entrepreneur extraordinaire Elon Musk announced earlier this year that Space X has a Mars mission in its sights. In an hour long video, the billionaire founder announced his aim to begin missions to Mars by 2018, and manned flights by 2024. The planned massive vehicles would be capable of carrying 100 passengers and cargo with a ambitious cost of US$200,000 per passenger. He’s joined by other ambitious privately funded projects including Amazon founder Jeff Bezo’s Blue Origin, which describes a reusable rocket booster and separable capsule that parachutes to landing. Meanwhile American inventor and chemical engineer, Guido Fetta has pionered a concept long discussed by the scientific community, electromagnetic propulsion, or EM drive, which creates thrust by bouncing microwave photons back and forth inside a cone-shaped closed metal cavity. Rumours this week from José Rodal from MIT that NASA was ready to release a paper on the process, which would be game-changing for space travel as the concept doesn’t rely on a propellant fuel.

In November 2016, NASA and CSIRO’s Parkes telescope opened the second of two 34-m dishes that will send and receive data from planned Mars missions, while also listening out for possible alien communications as part of UC-Berkeley-led project called Breakthrough Listen, the largest global project to seek out evidence of alien life. The Southern Hemisphere dish joins others in the US in using signal-processing hardware to sift through radio noise from Proxima b, the closest planet to us outside of the solar system. Whether an alien race would be willing or able to offer humanity a ride off its home planet is another question.

While they are focused on getting out of the solar system, a team led by Dr. Philip Lubin, Physics Professor at the University of California, Santa Barbara think they could get the travel time to Mars down to just three days (as opposed to six to eight months). Their project, Directed Energy for Relativistic Interstellar Missions, or DEEP-IN, aims initially send “wafer sats”, wafer-scale systems weighing no more than a gram and embedded with optical communications, optical systems and sensors. It’s received funding of US$600,000 to date from NASA Innovative Advanced Concepts, and theoretically could send wafer sats at one-quarter the speed of light – 160 million km an hour – using photonic propulsion. This relies on a laser beam to ‘push’ a incredibly small, thin-sail-like object through space. While it may seem a long shot for passenger travel, the system also has other applications in defence of the Earth from asteroids, comets and other near-earth objects, as well as the exploration of the nearby universe.

The Mars One project already has 100 hopeful astronauts selected for its planned one-way trip – out of 202,586 applicants. The project is still at ‘Phase A’ – early concept stage – in terms of actually getting there, but makes the list of the top 5 ways to get to Mars due to the large amount of interest: it has raised US$ 1 million towards developing a practical way to safely land some of these select few on the red Planet.

In 2020, Australia will host the COSPAR scientific assembly, a gathering of 3000 of the world’s top space scientists. The massive conference will no doubt include some of the top minds focussed on this very problem, offering new hope in our long-term quest for planetary travel.

“We come to the table with a bold vision for our nation’s place in science – and through science, our place in space, said Australia’s Chief Scientist, Alan Finkel. 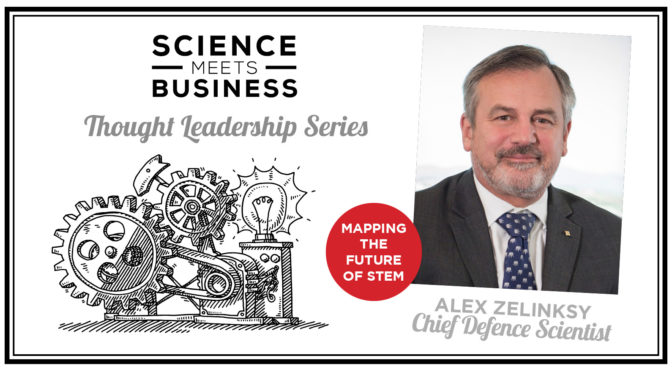 For Australia to be a prosperous, healthy and sustainable country it must be safe and secure. We expect our defence forces and national security agencies to be at the leading edge in their capabilities. Increasingly, this edge is underpinned by science and technology, which requires recruiting and developing our country’s most gifted scientists and engineers.

These talented professionals do not emerge by accident. They must be encouraged in our schools and tertiary institutions and then nurtured and supported through dedicated programs to achieve fulfilling careers. Australian institutions, including the Department of Defence, must be deeply committed to developing a future workforce with skills in science, technology, engineering and mathematics (STEM).

“In this age of digital disruption, the most secure countries will rely on platforms that are powered by STEM knowledge.”

Australia’s defence and national security sectors need to stay ahead of the technology curve to both create and prevent strategic surprise. Autonomous systems, cyber technology, electronic warfare, quantum computing and space exploitation are potentially game-changing technologies. In this age of digital disruption, the most secure countries will rely on platforms that are powered by STEM knowledge.

It is vital that our nation builds a ’talent pipeline’ to ensure a steady flow of highly trained scientists, technologists and engineers who can develop innovative solutions for future national security challenges.

A model for fostering talent in STEM

The Department of Defence is actively engaged in a wide variety of STEM-focused initiatives, ranging from a ‘Scientists and Mathematicians in Schools’ program through to undergraduate and PhD scholarships.

We support further education by offering our employees generous study leave, and encourage diversity in STEM through scholarships and cadetships dedicated to women and Indigenous Australians.

We also encourage undergraduate university students to undertake summer vacation work and other paid work placements with Defence, both short-term and long-term.

These success stories are testament to the promising rewards reaped by investing in Australia’s future STEM workforce.

Read next: Vish Nandlall, Chief Technology Officer of Telstra on To code or not to code?

Be part of the conversation: Share your ideas on innovating Australia in the comments section below. We’d love to hear from you!