Why DVDs are the new cool tech

Researchers at Swinburne University have developed an innovative approach to increasing the storage capacity of DVDs. 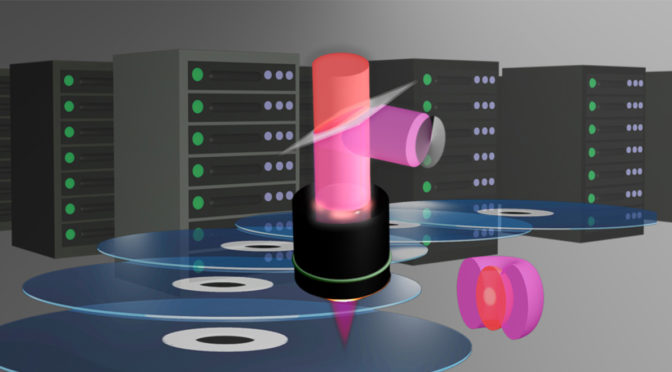 In this era of big data, storage capacity is everything. To store the vast amount of data being generated requires an increasing number of large data centres. Some of which are industrial scale operations, consuming as much electricity as a small town.

In the quest for greater storage capacity technology, researchers at Swinburne University have achieved a technological breakthrough by increasing the storage capacity of DVDs from a meagre 4.7 gigabytes to a staggering 1000 terabytes. This is the equivalent of storing 50,000 high-definition movies.

Rapid commercialisation of the research has positioned it as a finalist under the best commercial deal category for the 2015 .

“To put more dots on the disc beyond conventional DVDs, we had to address a physical limit. Our approach overcame the minimum dot size determined by the law to produce an extremely tiny spot of light.” Each dot on the disc is a binary digit, or bit, representing 0 or 1.

Optical discs have significant advantages over other data storage technologies – such as hard disk drives, USB flash drives and SD cards – in terms of cost, longevity and reliability. However, their low storage capacity has been their major limiting factor.

Using nanotechnology, Gu and his colleagues Dr Xiangping Li and Dr Yaoyu Cao have developed a technique using two laser beams, instead of the conventional single beam, with different colours for recording onto the disc.

One beam, referred to as the ‘writing beam’ records the information, while the second beam inhibits the writing beam, essentially playing an anti-recording function. This produces a spot of light nine nanometres in effective diameter – around one ten thousandth the width of a human hair.

“One data centre at the moment can be the size of a football stadium. We can reduce the size to one box of discs,” explains Gu. The impact of this technology, however, goes beyond just storage capacity, and has significant implications for energy consumption.

“Big data storage already consumes 3% of electricity. If we record all the information produced by Australia in 2011, we have to use all the electricity consumed for domestic use that year. Optical discs are what we call ‘cool technology’ they don’t require cooling systems, and they also have along life times of around 20-30 years.”

Gu describes how the technology has progressed from publication of the research (co-first authored by Dr Zongsong Gan) in Nature Communications in 2013, to commercialisation.

“Two weeks after we published the results we received a call from the investment advisor for Optical Archive Inc. saying that ‘your technology will be very useful for big data.’”

Optical Archive Inc, which licensed the technology,  was purchased by Sony Corporation of America in May 2015.

Gu believes that the first prototype of the technology will be available in around three years’ time.