The Year in Science

In an amazing year in science a new culture of innovation, planetary discoveries, medical advances and more showed how science can contribute to society.

In an incredible year we’ve visited Pluto, found water on Mars and launched a new way of marking how researchers will be ranked. We’ve also created new antibiotics, 3D printed body parts and discovered new species. We reflect on the year in science in 2015.

10. ‘Collaborate or crumble’ rather than ‘publish or perish’ becomes science’s new mantra

In December 2015 Australia’s Prime Minister Malcolm Turnbull launched the National Innovator and Science Agenda. In addition to a gamut of new funds for existing projects, the agenda focussed on bridging a long-recognised gap in research and commercialisation.

While the tune is not new. by putting new funds into the equation, the agenda pushes research collaboration much further than the Federal government had before, including incentives for researchers to succeed based on their efforts in collaborating with industry as well as through publication of academic papers.

Turnbull called it ‘collaborate or crumble’ rather than ‘partner or perish’. And with little backlash from the scientific public, the initiative may just transform Australia into the ‘ideas economy’ Turnbull seems to be seeking.

9. Bonanza of animal diversity discovered in the Himalayas

If you thought there as nothing new under the Sun, the discovery of a monkey whose upturned nose causes it to sneeze in the rain, a blue-eyed frog and a snake-headed fish that can survive four days out of the water will surely make you think again.

The finds were just a few of the over 200 new species announced this year after a five-year trawl through the Himalayan region in India and Nepal. Conservationists emphasised how these new discoveries prove we need to act rapidly to avoid losing species we’ve never yet met.

8. The first new antibiotic is developed in 30 years 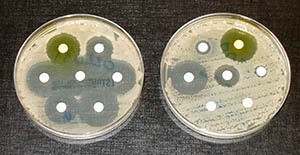 As if it hadn’t been a big enough year in science to date, researchers at Northeastern University in Boston, Massachusetts, and colleagues announced they has found a new class of antibiotics that could battle the increasing dilemma of antibiotic resistance.

By clever use of an ‘i-chip’ that allowed them to cultivate single bacterium from soil samples, the researchers screen 50,000 types of soil-dwelling bacteria searching for antibiotics that killed resistant bacteria like the hospital acquired infection MRSA.

A controversial technique that allows researchers to combine healthy mitochondria from one female donor with the egg of another and then fertilise it led to headlines of ‘three parent IVF’.

While the reality is a long way from this, the new technique offers a ray of hope for people with genetic disorders that stem from defective mitochondria (an organelle with functions in energy production and respiration found in most of our cells.

Defective mitochondria can lead to diseases such as ALS and muscular dystrophy). The procedure was ok-ed for the first time in the UK and could be used to produce babies from 2016.

This year in science 3D printing of human body parts took a leap forward as a technique designed by the CSIRO was used to 3D-print a titanium ribcage and sternum for a Spanish man suffering from cancer in the chest wall.

With 3D-printed organs in the pipeline, the success of the technique opens up the mind-boggling possibilities in printing made to order body parts. 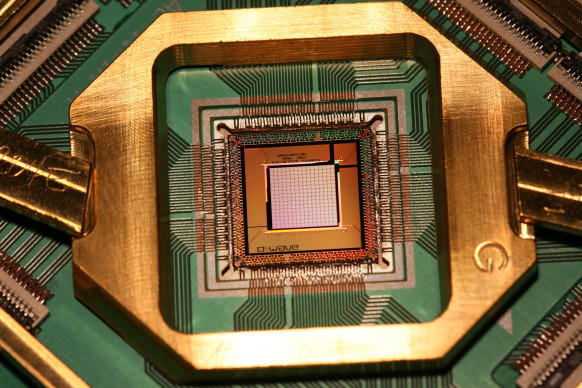 Ok so you can’t go down the shops to buy yourself a computer so fast that it will make computers of today around the world totally defunct.

But the promise of quantum computing, which relies on the weirdness of particles at very small scales (more on that later), got a step closer with two announcements in this year in science (or science + tech really).

One, the amazing team at the UNSWAustralia for the first time created a qubit on a silicon chip – a qubit being a piece of quantum information much like a traditional computer ‘bit’.

So some background – bits of information in computing are effectively a series of yes or no style ‘bits’ of information – like binary code of 0s and 1s. Quantum bits on the other hand posses the remarkable ability to be 1 and 0 at the same time – until you measure on part of a quantumly entangled particle.

Think of it as the coyote from Road Runner not succumbing to gravity until he realises that he’s midway off the cliff (in which case he is tragically entangled with the ground and both falling and not falling until such a time as his trajectory is measured).

In addition, Google announced that its quantum machine D-wave was upgraded from 512 to over 1000 qubits – making it 100 million times faster than computers today,

Trouble is, it takes a massive amount of energy to run as it needs to be kept at supercool temperatures. So not practical yet.

Just when you thought you’d sent Christmas cards to all of your relatives, anthropologists in South Africa announce a jaw-dropping discovery of over 15 individuals – including jaws, craniums, foot and hand bones – of a human ancestor mysteriously trapped in an inaccessible cave near Johannesburg.

So inaccessible were the bones that a team of small-bodied women were recruited to unearth the bones as most men couldn’t access the cave. The hand in particular showed that Homo naledi – which is yet to be dated but it is hoped may be a missing link between Australopithecines and Homo species – is curved and so was likely used for frequent climbing.

However other bones showed much more modern features, leading to it’s Homo status.

3. Climate agreement reached in Paris – so what’s next?

As December drew the year in science to a close, people worldwide hoped that the COP21 deal would finally set some global standard for keeping carbon dioxide emissions to a level that will avoid catastrophic climate change. Despite last minute haggling over terminology, the deal happened.

While governments worldwide will or won’t take action, they have at least agreed in spirit to keep global climate change ‘well below 2 degrees C’.

But with enough legacy carbon emissions to push a rise of at least 1.6 degrees C as is, just how will we achieve this? And what role can scientists play?

Predicting climate change, optimising and improving renewable energy technology and capturing current carbon emissions are a few of the ways in which science can rise to the challenge, as are more ‘out there’ ideas such as geoengineering.

It was the announcement of 2015. Dark streaks on Mars valleys known as Recurring Slope Lineae were the long awaited evidence that Mars has liquid water.

As we all went to watch The Martian, many of us wondered. Could there really be life yet to be discovered on the Red Planet? 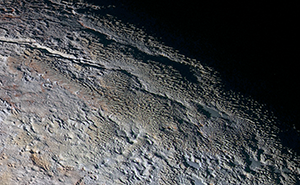 After nine years and 4.8 billion km, New Horizons reaches Pluto, and surprises us with tall mountains, dunes and flowing glaciers.

It has a heart, or rather, a large, heart-shaped plain where resurfacing of the planet has happened as recently as 100 million years ago (recent for a 4-billion-year old dwarf planet). It has 3-km tall mountains, flowing glaciers – possible of gas – a hydrocarbon rich atmosphere that would tint its skies blue and a red and yellow surface despite being covered in front as its atmosphere sublimates and falls to the ground.

When New Horizons flew by after a nine-year journey, Pluto stunned us all in 2015 when we got to take a look for the first time, and as the ultimate champion achievement of this year in science, proved that science, technology and engineering can combine to take us further than we ever dreamed.