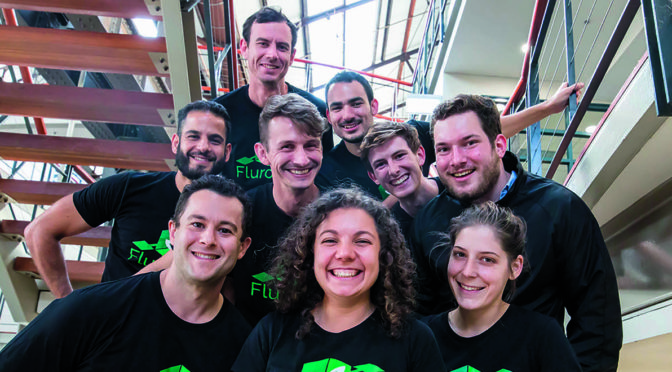 Agtech startup FluroSat, headed by aeronautical engineer Anastasia Volkova, had its origins through the University of Sydney’s Inventing the Future entrepreneurial program. Since its inception two years ago, it has already captured the attention of investors and is now about to launch its new online platform to the Australian market.

Volkova sums up one of the problems the agricultural industry is currently facing in a nutshell: “Farms are large and farmers are busy. The opportunity for different applications of remote sensing technology [to be converted] into crop stress indicators has found resonance in the farming and agricultural community. We’re turning this data into insights.”

Flurosat uses remote sensing images (captured by multi-/ and hyperspectral cameras on board satellites, airplanes and drones) to capture early indicators of crop stress. The team have developed a subscription-based platform (FluroSense™) to infuse this data into a smart solution for precision farming. Agronomists can use the platform to spot crop stress indicators and verify the exact locations at risk. They can then consult with farmers on how to best target the areas which need attention.

Unlimited satellite data is available on the platform, additional aircraft-obtained data can be ordered and users can even upload their own drone data. Volkova explains the critical requirements for data connectivity, from locational identification of the crop stressors through to quantification, analysis and interpretation. “We’re making the remote sensing work for precision agriculture and [extracting] insights from crop stress indicators that crop stress models help us look for. It’s a two-step approach that very few other [agtech] companies are using.”

The agtech startup has three main pillars: agriculture, remote sensing and data science/machine learning. The diverse and international team bring together their expertise in agtech, aerospace, software development and data analytics and are based at FluroSat’s head offices in Sydney and Kiev. “Flurosat was born out of a desire to make an impact”, says Volkova. She explains that she examined the unique value proposition of her skills and how she could apply them to a global problem. “It’s important to have a purpose to wake up every morning to.”

Volkova speaks proudly about the startup and her colleagues: “It’s harnessing people’s superpowers and skills for a great purpose.” She says that one of their biggest successes so far has been convincing clients of the usefulness of the data and that it’s possible to get the full benefits to visit the field in person. “We’ve proven that you don’t need a person on the ground to provide customer service.”

FluroSat is gearing up to conduct the company’s third season of monitoring of primarily cotton crop in Australia this summer and expand its reach globally, particularly to the North and South American markets. “We’re looking at driving the value of the insights on the large scale.” 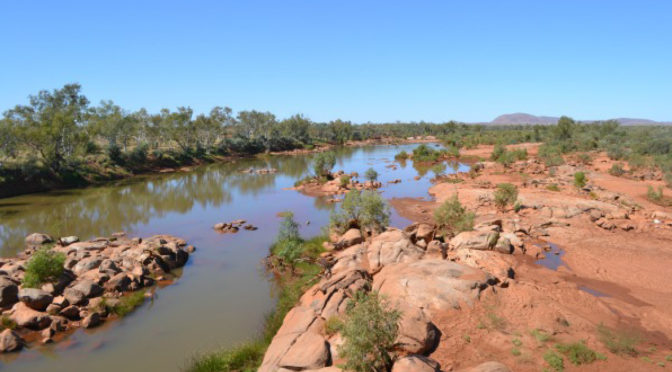 CSIRO scientists have revealed how much water lies beneath the surface of the parched Pilbara landscape in a study to help safeguard the resource as mining and agriculture expands in the region and the climate changes.

The work also revealed 8–30 mm of rainfall is required to make the rivers and streams flow, and that the region is getting hotter and drier in some areas and wetter in others.

CSIRO hydrologist and study leader Dr Don McFarlane says researchers now have a framework to study the impacts of mining and better manage local water use.

The mining industry abstracts about 550 gigalitres of water a year in the area and half of that is used for ore processing, dust suppression and consumption.

One gigalitre is the equivalent of Subiaco Oval, a stadium in Western Australia, filled to the brim. This figure is expected to double by 2042.

“Mine sites are often separate enough from each other not to interact… however current mining and new mines are increasingly below the water table requiring very large volumes to be extracted and there are several areas where multiple mines are interacting with each other,” Dr McFarlane says.

The Pilbara is a land of extremes, suffering through some of the hottest temperatures in the country, while its unpredictable rainfall comes mostly from summer thunderstorms and cyclones.

“It [the study] puts streamflow and recharge volumes into relative perspective,” he says.

“Nine aquifer types were identified and they interact in complex ways with each other and especially with streamflow.”

In addition, the WA Government is investing $40 million to expand irrigated agriculture and enlarge the Pilbara’s grazing industry.

The research, which was funded by industry and government, analysed climate data since 1910, the relationship between rainfall and runoff since 1961 and how that impacts groundwater levels over an area of 300,000 km2 – an area which is slightly larger than New Zealand.

The researchers say streamflow leaks through riverbeds and is the main source of aquifer replenishment.

According to the three-year study, groundwater-dependent ecosystems expanded and contracted with the weather but the number has remained stable during the past 23 years.