The Future Oysters CRC-P is a case study for the success of short-term industry research collaboration, reports Matthew Brace. 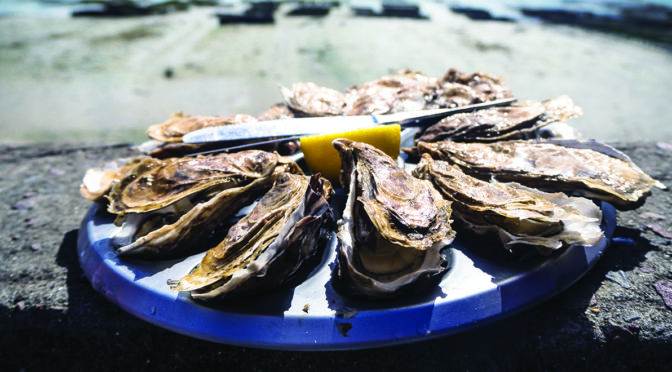 The Future Oysters CRC-P is a case study for the success of short-term industry research collaboration, reports Matthew Brace.

Tasmania is home to some of the world’s cleanest seas and most sought-after seafood. But when a highly contagious virus hit in 2016, killing up to 95 per cent of Pacific oysters on infected farms, it looked like the end for the state’s $30 million industry.

In the search for a solution, scientists and industry leaders stepped up a selective breeding program that had been underway since the late-1990s.

It was supported by the $3 million Future Oysters Cooperative Research Centre Project (CRC-P), established to tackle the deadly outbreak and help save the industry.

The breeding program was already proven by scoping research and had spent several years successfully improving the growth rate, meat condition and general robustness of Pacific oysters. When POMS hit New South Wales in 2011, the Tasmanian industry began using the program to breed a POMS-resistant oyster as a proactive measure. Growers also invested more in the program to help defend against the virus.

Remarkably, by the end of summer 2019, Pacific oyster stocks in Tasmania had almost fully recovered. “Some growers are suggesting they might even have an above-average production this year,” says Cunningham. “Other places around the world hit by POMS were much slower to recover, so the breeding program has clearly been pivotal.”

Dr Christine Crawford is a principal investigator for the Future Oysters CRC-P, and a senior research fellow in the Fisheries and Aquaculture Centre in the Institute for Marine and Antarctic Studies at the University of Tasmania.

She says that despite the devastation caused by POMS, there were some silver linings.

“Because the farmers were devastated and lost so much stock, they have had to re-evaluate their farming conditions quite dramatically. As a result, they have become much more efficient. The POMS virus only becomes active when water temperatures are consistently above 18°C. So growers now monitor water temperatures more closely and harvest more oysters before the water warms up too much.”

Crawford adds that as great as the recovery has been, the next two years will be crucial in determining whether this success is going to continue.