Tech company Opturion has partnered with the Alertness CRC to safeguard patients against doctors with fatigue. 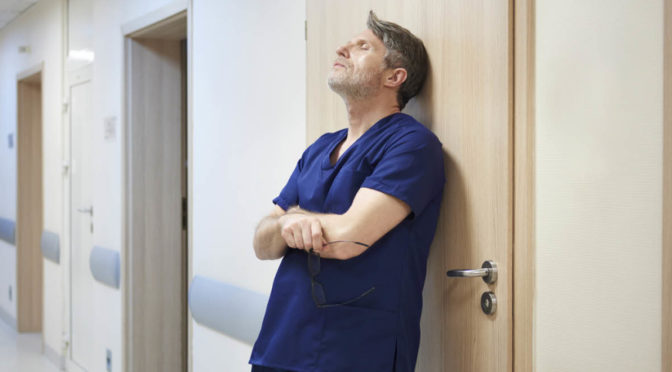 Who would seek treatment from a drunk doctor? Nobody, and nor would any health professional want to work under the influence of alcohol. But a “sleepy brain” is a lot like a “drunk brain” – affecting reaction time, memory, performance and judgement – yet doctors, nurses and many other workers can have schedules that lead to high levels of sleepiness.

It’s a big risk for industry, and for the community. The Australian Medical Association has previously recognised that “fatigue can impair judgement and work performance, and potentially affect patient care and the wellbeing of doctors”.

“These schedules have developed over the past century without thinking much about the role of sleep,” says Professor Steven Lockley, who leads the Safety and Productivity Improvements Program at the Cooperative Research Centre for Alertness, Productivity and Safety (Alertness CRC).

“And it’s not optimal from a performance and patient safety point of view.”

Now, the Alertness CRC is combining IT with its knowledge of schedule design. Partnering with Melbourne-based tech company Opturion, the team has integrated the recommendations into state-of-the-art rostering technology, combining logistical planning and workplace sleepiness reduction into a single, cost-effective software tool.

This ‘Alert Safe’ scheduling tool has initially been developed for healthcare settings, but will be rolled out across all sectors where shift work is common. A series of ongoing studies will measure the impact of this solution on both workplace performance and cost benefit.

“It’s a global issue,” says Opturion CEO Alan Dormer. “There’s no reason this can’t translate to every market across many continents.”

Recommended for you: The Bigger Picture