Due to the effects of climate change, it is predicted that much of Australia’s native flora living 1000 m above sea level will go extinct. 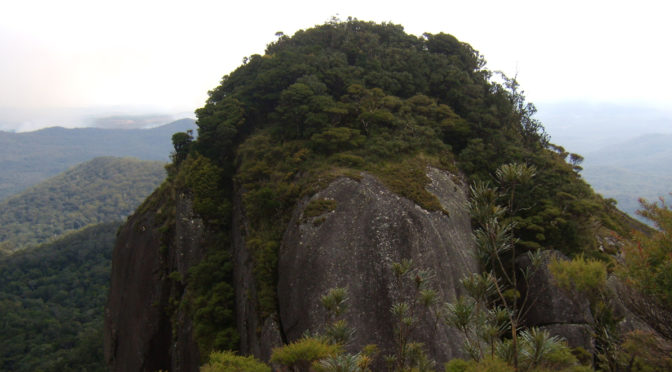 They found many of the species they studied will likely not be able to survive in their current locations past 2080 as their high-altitude climate changes.

The Wet Tropics World Heritage Area in Queensland, Australia is predicted to almost completely lose its ability to host the endemic plants that grow 1000 metres or more above sea level.

Lead researcher, Dr Craig Costion says the findings have important implications for some rare and ancient species. “They already live on mountain tops, they have no other place to go,” he says.

The scientists looked at 19 plant species in the tropics found at least 1000 metres above sea level. They modelled three climate change scenarios in the region, ranging from conservative to extreme.

They found that by 2040 the climate niche the species grow in would decline anywhere between a minimum of 17% and a maximum of 100%.

By 2080, even using conservative assumptions, nearly half of the plants would not have what the scientists believe is a survivable climate.

Predictions indicate that by 2080 no suitable habitat will exist within the region for 84% of the species studied under any emissions scenario.

Costion says there were some caveats on the findings.

“Our study indicates that the current climate on Queensland’s mountaintops will virtually disappear. What we don’t know is if these plants can adapt.”

The researchers looked only at endemic trees and shrubs found solely above 1000 metres and for which there were the best records. They didn’t consider reasons for their presence on mountaintops apart from climate suitability. But Costion says he was confident the scientists were not being alarmist.

“The 19 species represent most of the plants that are restricted to that habitat. It’s highly likely they are found only there because of the climate. There are plenty of other similar soil and substrate environments at lower elevations where they could grow but the climate is unsuitable,” he says.

Costion says plans are underway to confirm and expand on the findings.

Co-author Professor Darren Crayn says the findings show well managed conservation reserves may be safe from many threats, but not from climate change, with the Wet Tropics World Heritage area seriously exposed.

“The tropics contain most of the world’s biodiversity, and tropical mountains are particularly rich in unique and rare species. Managing for global threats such as climate change requires much better information – a redoubling of research efforts on these poorly understood landscapes would pay great dividends,” he says.

He says without a suitable environment, the survival of the threatened species may depend on them being grown in botanical gardens under controlled conditions.